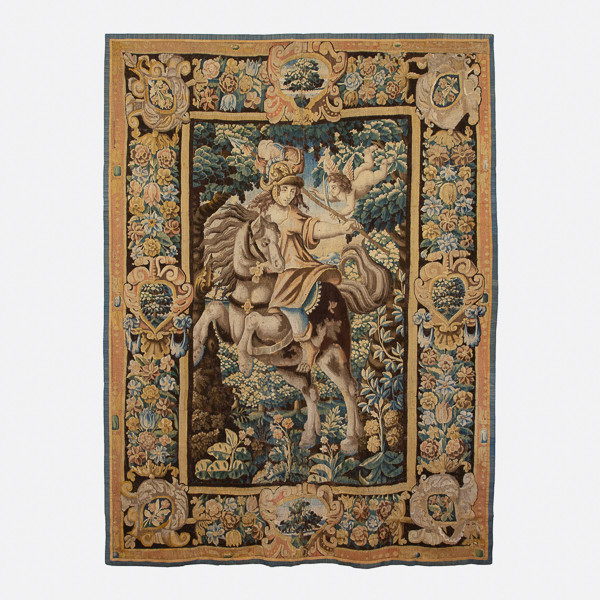 This tapestry's cardboard, made of wool and silk, is inspired by Claude Vignon's painting. But Jeanne's suit, with its feathered helmet, its embroidery and tunic, gives an extra dimension to the antique style. As for Jeanne's flag, it has been replaced by a protective angel. The besieged city of Orléans, replaced by a landscape of forest and greenery, is also absent from this scene. It is also worth noting the beautiful border with elegant patterns of flowers and cardboard.

During the whole period from the 16th to the 17th century, the extraordinary quality of the works made both in Aubusson and Felletin hardly makes it possible to attribute this or that tapestry to one or the other of these cities, hence the attribution of our tapestry to the Marche's studios. In turn, Aubusson, the Protestant, and Felletin, the Catholic, would gain in importance. However, from 1620 onwards, Aubusson, exempt from royal customs duties, which allowed it to freely export its products throughout the French kingdom, and in 1655 it became the Aubusson Royal Manufactory, which gained fame on Felletin.