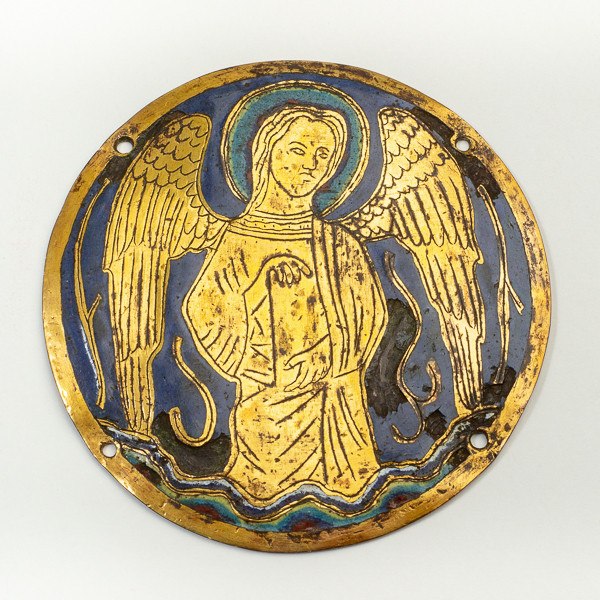 This champlevé enamel medallion on copper rests on red silk at the intersection of four old copper plaques decorated with stars and rosettes. It could be a representation of the Archangel Uriel, considered the 4th archangel who in medieval times figured high in the angelic hierarchy.

The profession of medieval metallurgist was often closely linked to the art of the draftsman, this bond was particularly strong in the 12th and the 13th centuries.

Talking about the condition of this enamel applique medallion, it should be noted that the enamel has been flaked in some parts, but especially in the dark blue enamel areas so that the general impression is influenced only peripherally.